A bathroom is an extremely conducive place for bugs to thrive in. They can disturb the aesthetics and tranquility of your restroom. Bugs can be an irksome development around the areas where unnecessary moisture exists. Thus, bathrooms are a huge source of moisture and make a perfect place for bugs to hide and nourish.

Bugs are not restricted to only bathrooms and they are attracted by humidity, moisture, soaps, shampoos, etc. Removing bugs from bathrooms can be a tiresome and difficult job as most of them are present in swarms.

Bugs can be stopped from entering bathrooms in the initial stage of development by fixing plumbings, cleaning regularly, and reducing moisture.

In some scenarios, these bugs are found in bathtubs and sinks which gives rise to unsettling feelings in occupants. Sometimes bugs can be extremely hard to trace as they live in obscure places like cracks and crevices. These bugs can easily enter through these crevices in the wall, cracks, windows, or any other openings of bathrooms.

Whether it’s cockroaches, ants, spiders, or other insects, this creepy crawlies love the lavatory for a number of reasons. Don’t worry — there is a solution.

Here we will discuss different bugs that can be found in your bathroom and then suggest remedies to remove them.

Why Are There Bugs in the Bathroom?

The primary reason for bugs to be found in bathrooms is moisture. Bugs share a peculiar affinity for moisture and wet places. Sometimes fixture or plumbing problems are causes of bugs development in a bathroom. There is a misconception that bugs are attracted to soaps with a floral scent or potpourri. This is true to some extent but the main reason behind bugs infestation is water splashes over the floor of bathrooms. Sometimes poor drainage conditions can cause problems and invite bugs to crawl around bathrooms. 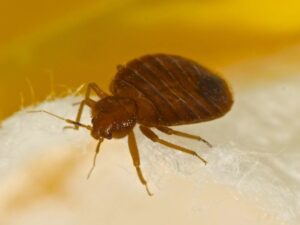 Bed bugs, as hinted by the name itself, are tiny creatures crawling around your beds but they also like to pay visits to wet areas of your bathrooms. They are not hugely sized as they can be easily compared to the size of an apple’s seed. These bed bugs have an elongated shape and a redder hue. Bed bugs, most of the time, are transported to bathrooms by human sources. They feed on human blood and can deteriorate the heatlh of humans. 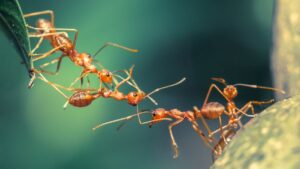 Ants can access your bathroom through cracks, crevices, or other openings in pursuit of moisture. Although, ants are not dangerous bugs but seeing them in bathrooms cannot be considered a pretty sight. Ants can be found in different colors but most of the time they are black or brown. Ants visit bathrooms to collect water and then return to their original nest.

Ants can be found in drainage sources or leaking pipes. They are usually found around the clammy corners of bathrooms. Ants are not poisonous or dangerous but soldier ants exhibit a tendency to bite in moments of distress. Ants can inflict serious damage to the health of occupants with allergies. 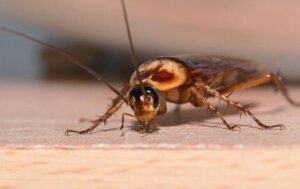 Many of you have encountered cockroaches in your bathrooms tons of times. They might be the most common bugs to infest your bathrooms. It must be a matter of great curiosity for some occupants to figure out where they come from. These creatures have segmented bodies with whiskers like antennae. To prevent them from entering bathrooms, occupants must know how they enter to bathrooms.

Many bathrooms spots can offer routes to these bugs like leaking pipes or drainages systems, small openings in baseboards or floorboards, cracks in walls, openings in the ceiling, or doors. Sometimes cockroaches migrate to bathrooms from other parts of a house by feeling an affinity for humidity or moisture house’s bathrooms have to offer.

Roaches can act as carriers for several diseases due to their movements through filthy garbages or waters. Roaches can infest other parts of a house as well i.e. kitchen and cause irritation to owners. It is advised to pour down boiled water down their travel path for preventing them from coming to your bathrooms. 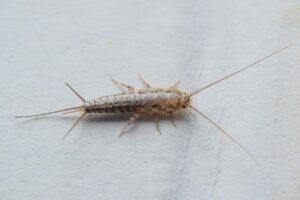 Just like a lot of other bugs they also share a fondness for wet corners of a house including bathrooms. As hinted by the name, silverfish have a silver or dark brown color body. They can bite humans when contact is made. They can influence already existing poor health conditions in humans and can be a nuisance for occupants. So, it is advised not to interact with or touch these creatures with bare hands.

They are attracted to papers, starchy stuff, shampoos, soaps, dandruff, and moisture. Most of the time they reside in the magazine rack of bathrooms. 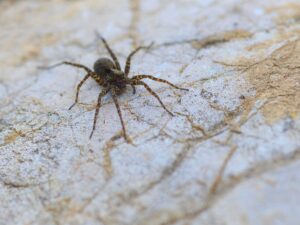 Spiders can be classified into poisonous and non-poisonous categories. Ironically, their presence benefits occupants to some extent as they feed off on other bugs crawling around the bathrooms space. However, they are not a welcoming sight for bathrooms users.
Some poisonous spiders can take the life of occupants and therefore it is advised to get rid of them.

A spider can gain access to bathrooms through pipes, drains, openings, cracks, windows, doors, air conditioning vents, etc. They are attracted by moisture-seeking insects or moisture itself.

Spiders hunt other insects and bathrooms can be a rich environment for them to scavenge food. 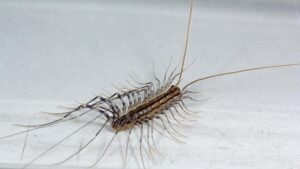 Centipedes are found in bathrooms usually in winter and tend to seek warmth as well as food. Centipedes are found near water bodies like showers, sinks, and tubs and they are fast with their movements. Their body is the most distinguishable part to observe with multiple long antennae that helps them to produce rapid actions. They tend bit and can be dangerous and can be life-taking in some scenarios.

Centipedes are not easy to kill or remove from the bathroom as they are brisky with their movements. However, potential remedies are available to kill them or remove them without killing. 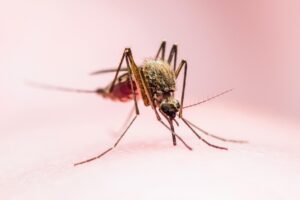 Mosquitoes are one of the most common inhabitants of bathrooms as they are attracted by the body odor and the heat. Mosquitos like to dwell in swamps, stagnant waters, and wet places. So, bathrooms are the perfect mold for their abode. Mosquitoes are reasons behind different diseases in hosts like typhoid, fever, diarrhea, abdominal pain, etc. It is necessary to get rid of them for good health.. 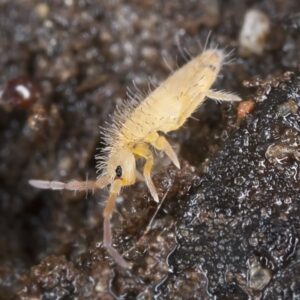 Springtails are usually good at hiding and they are found in hidden areas of the bathrooms. They actively seek water and humidity for their survival. Bathrooms can be living sight for these bugs as it offers them good nourishment. They can hide in bathtubs, pipeline drains, or sinks. They usually travel in groups and are therefore hard to eliminate. They are also called snow fleas.

These bugs are minuscule and their size is equal to 1/16th of an inch. Springtails have a scaled body of grey-purpled colors. Springtails can be removed by drying up and cleaning bathrooms. Furthermore, remove any plants near bathrooms as they are also attracted by soils. They can come in through cracks, crevices, windows, or doors bottom. 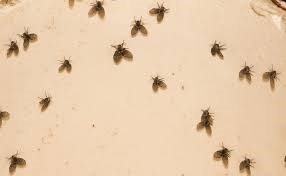 These bugs originate from the drain of bathrooms and can carry harmful pathogens with them. These pathogens can be source of some serious disease. However, these bugs are not toxic when you talk in terms of bites. They can vary in colors from gray to brown. They grow on moisture as they need it to lay eggs.

The presence of drain flies also indicates drain problems or blocked pipes. Sometimes poor functioning pipes are a source of accumulation for soap scum and sludge. This is a perfect place for these flies to hatch their eggs. They produce larva known as blackworms. 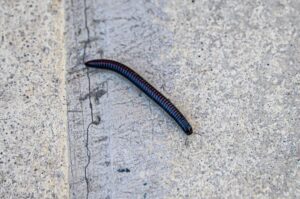 Blackworms are offspring of drain flies. When drain flies lay their eggs, they can hatch to produce blackworms. They are found in bathtubs, showers, and the bowl of toilets. Blackworms infestation is an onerous task to stop but it can be stopped by reducing the eggs of drain flies in pipelines before they hatch and produce more blackworms. 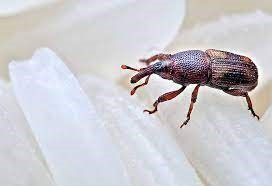 Weevils usually come through kitchens as they feed on pantry foods They are beetle-shape irritating bugs and cause disease to humans. They can proliferate and reproduce more bugs. It must be ensured that no human food is near bathroom areas. 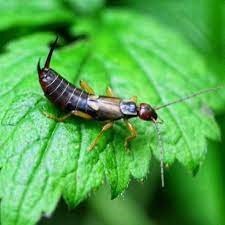 Earwigs are common bathrooms wanderers and they have long segmented bodies. Their bodies have three segments and they size around a quarter of an inch to an inch in length. They are red-brown with black markings or they can have brown bodies tainted with black markings. They also have antennae, a double set of wings, and a large set of pincers. 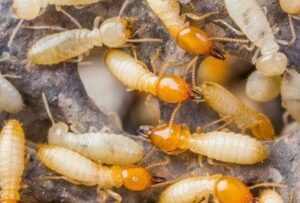 Termites are sometimes called white ants and they are attracted to moisture and darkness. They usually come from leakage in pipes or the soil of plants near bathrooms. They walk in groups and their infestation can cause serious structural damage. It is advised to make bathroom termite proof with insecticides. Mostly in ceramic tiles of bathrooms, they make funnel-shaped nests.

Psocid Mites have also termed book mites and they are attracted to molds in bathrooms. They are somewhat similar to termites but have a light brown hue and distinctive features. They are tiny harmful creature but affects the aesthetics and tranquility of bathrooms. They feed on mold spores and carry them around. This can trigger several allergic reactions. So, it is desired to get rid of them from bathrooms.

They are attracted to moldy patches and damp conditions. So cleaning bathrooms regularly and drying would restrict their movements in bathrooms. 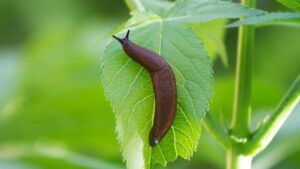 It might seem that slugs are not bathroom creatures but they do roam around in bathrooms for the hunt of molds. It must be ensured that the bathroom is free from molds. They prefer dampened environment to live in. They can crawl through windows or openings. They have a keen smell. They are attracted by gel, bathroom plants, etc. They are not toxic but they produce slime residue on apparel or floors of bathrooms. This can trigger allergies. Preventive measures to restrict their entries must be ensured.

How to Stop the Bugs?

• It must be ensured that a wiper is used to dry out the water from floors. All the pipes must not have any stagnant water in them. To keep bugs out of the bathroom drain, mix half a cup of salt and baking soda and flush it with one cup of white vinegar.

• Different bugs repellent must be used to deter their movements in bathrooms. These deterrents can be bleaches, insecticides, vinegar, boiling water, etc.

• Bugs infestations are primarily caused by crevices or cracks in walls. It must be ensured that all the holes are filled by grouting. This would not allow bugs to enter the bathroom.

• Pipe leakage, blockage, and poor drainage can lead to bugs infestation. So, it is utterly necessary to fix all these leakage problems. Leaking pipes can increase the tendency of bathrooms to attract bugs from the outside environment.

• If the furniture or fixtures of bathrooms have gone old then they should be upgraded with new fixtures. This would prevent many health hazards caused by the infestation of bugs.

What You Will Need in Eliminating Bathroom Bugs:

Apart from keep your bathroom dry and clean, here are some chemical solutions you can choose to get rid of those annoying black worms. Just check them now: 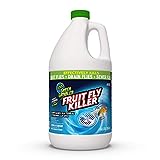 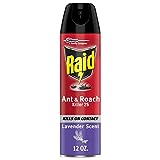 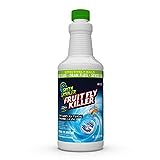 Most of the bugs are not toxic but they still produce unsettling feelings in occupants which make use of bathrooms extremely difficult. However, several sensitive places like hospitals have occupant which have different allergies. These bugs can be extremely dangerous for them as they can cause serious health damage.

So, it is necessary to clean bathrooms regularly and use less water. Splashing should be avoided and make sure no water is stagnant in bathrooms.