Steps for Attach a Garden Hose to Your Shower Arm Pipe

A garden hose is one of those things you are unlikely to miss in many households. Attaching a garden hose to a shower arm can be quite beneficial in carrying out a variety of your daily activities in and around the house.

This article will detail for you: 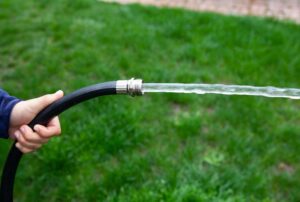 Why Do You Need to Attach It?

Take, for instance, the following scenarios:

At times you may desire to transfer water to a point but find that you do not have accessible hose bibs. You can hook the hose to your shower arm and run the water to your desired location in such a scenario. 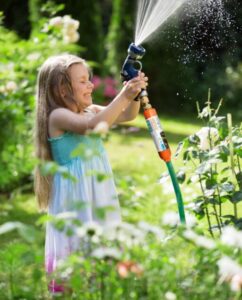 2. To fill bath taps with water at home.

Have you ever gone in for a nice slow bath in your bathtub after a long day of work only to find that the taps are not functioning?

If so, then you probably decided to go in for a shower in the overhead shower or even hauled gallons of water in a bucket to fill the tab. Though both are feasible, they may not be what you hoped for especially hulling water numerous times in a heavy bucket while tired.

Therefore, if you have a garden hose with you, you could attach it to your shower arm in a few minutes, fill the tub and have the comfortable and relaxing bath you desire.

3. To fill fish aquariums with water.

Fish aquariums are finding their way into various parts of our homes. However, when it comes to filling them up with water, you might find your desired location has no tap access.

Therefore, instead of hulling gallons of water from the tap using a bucket, which is something you will find quite tiresome, especially with larger aquariums. You can hook your garden hose to the shower arm and sit back as you watch it fill. 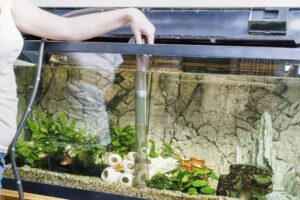 At some point, you might have desired to take a shot at home brewing to see how well your product stacks up against established brands. If so, you probably know of the immersion chiller. The immersion chiller ensures your brew stays at an optimal temperature by circulating a cool liquid, preferably water. You hook your garden hose to the shower arm, let the water circulate for your desired period, and get your beer.

Which Supplies Will You Need? 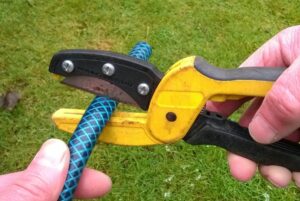 When attaching your hose pipe to the shower arm, you will require the following items:

How to Attach a Garden Hose to Your Shower Arm Pipe Step by Step?

Once you have all the above items, the installation procedure is as straightforward as:   Step 1.  Use the wrench or pliers to detach the shower head from the shower arm gently.

If it is not tightly fixed, you can remove it using your bare hands. However, always check for rust and mineral build-up before attempting to remove your shower head. If you find rust or mineral build-up, use vinegar to loosen it, then use the pliers, wrench, or hands to remove the showerhead.

With the above steps followed, your garden hose to shower arm apparatus is ready for use.

However, in some instances, you may find the process of uninstalling and reinstalling the showerhead every time you use the garden hose being quite cumbersome, especially if you need to attach the garden hose frequently. If so, the below procedure should help ease your work permanently:

Follow the steps as mentioned above from the first step through to the third step.

Attaching a garden hose to a shower arm will significantly ease your operations in various exercises both inside and outside your house. As such, always connect it whenever you require it. Moreover, the above steps will Carter with your temporary and long-term garden hose attachment requirements. Therefore, decide which option will serve you best, and always contact a professional if any unforeseen complications arise.